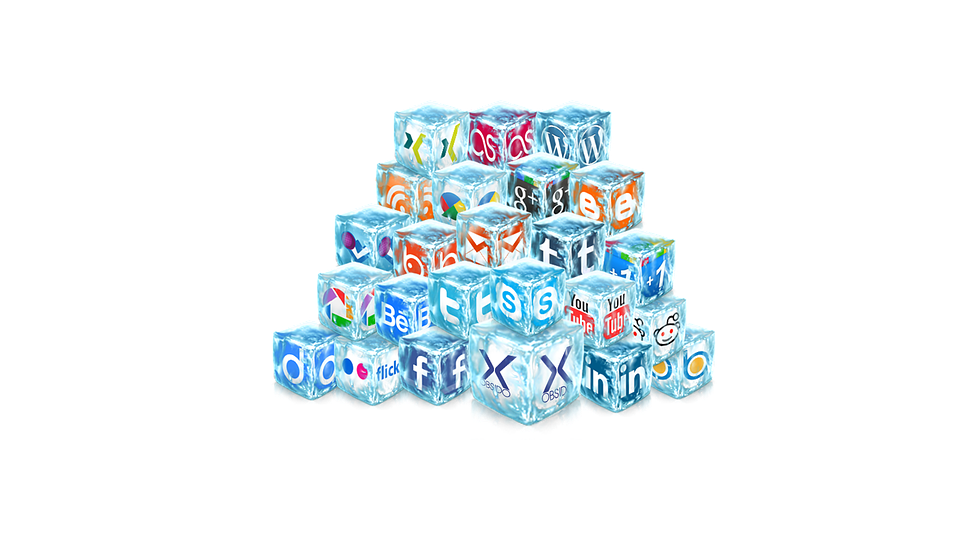 Whether you’re a crowd-funded startup just beginning to launch, a well established SMB, or a multi-national name brand, your social media campaign is a vital part of your success. One of the most virulent dangers to that success is stagnation – losing your forward momentum and becoming just another of “those” brands.

In the 1980’s, Rev. Erwin M. Soukup (Archdeacon of Chicago) shared what he defined as the Seven Steps to Stagnation, specifically:

This non-comprehensive list applies to your business in a very real way – if you aren’t willing to take some risks, you won’t benefit from the rewards. Rarely does safety and “just keep doing things the same way we always have” turn out to be a productive mantra.

From your social media standpoint, this list is just as effective in crippling your progress as it is for day-to-day business. If you are unable, or unwilling, to make adjustments alongside the fluid and temperamental changes in social media, you run a very real risk of becoming irrelevant.

So how do you avoid stagnation in social media? Is there hope for you to turn things around if you’re finding yourself struggling? Does it feel like no one is responding, that you’ve lost the interest of your target audience?
The great thing about stagnation in social media is that positive change can be immediate, and the effects of those changes can be just as immediate.

Let’s break down the seven steps to stagnation, and how to stay fresh and trend well on social media!

1) We’ve never done it that way before…

Just because you haven’t done it “that way”, certainly doesn’t mean it won’t be effective…try something new, but be smart about it! Spend some time researching successful brands that are related to your field, as well as some that are opposite industries from what you do. What do they do that catches your eye? How do they engage differently with their viewers? WHat kind of posts receive the most feedback? See what works, and make some bold, new moves.

When my wife and I tell people we’re just not ready to have a child, they always respond with “you’ll never be READY…”. This is true with any big change in social media – can you put an accurate, quantitative value on when you’ll be “ready” to make a change? It’ll take work, there will be much trial and error – but great reward for jumping in and doing. “Playing it safe” will not drive your business to the next level. It will keep you right where you’re at. Be bold and dive in.

3) We are doing alright without trying that…

This method of thought ties directly into the same idea of “Playing it safe”…when is it time to make a change? When you’re NOT doing okay?  Oftentimes, once you notice things are not going okay, it’s too late to make changes that’ll dramatically effect your success. The capital, bandwidth, energy, or ability to change has dried up. Be forward thinking and make small changes when you can – this will help you find avenues in social media that drive success as well as choices that have a negative effect, however it’s important to find them while you have the resources to bounce back, versus when it’s too late.

4) We tried it once before…

If you made a decision in the past and it didn’t work, that doesn’t mean it doesn’t have value further down the road; social media is an organic entity. Within day, months, not to mention years, everything can change on what is effective on social media. Because it didn’t work last year, absolutely doesn’t mean it won’t now. Learn from previous mistakes, and try again!

Money can’t always buy you out of stagnation; so why use it as an excuse? Whether or not you have the money to sling around, look for creative ways to get your name out there that don’t require fiscal investment – your most committed followers are those added organically.
Doing things such as community involvement, showing a “personal” side to the business, and creating real relationships are “free” ways to drive your social media engagement forward. Don’t waste money on ineffective advertisements, or “get followers quick” schemes; spend your time, not your money, on quality social engagement.

If you want to be “fresh” and keep drawing people in, do something that’s not your job. I used to work for a small startup in the organic food industry in Portland, Oregon. When I’d go out to restock shelves and check in on retail locations, I’d make sure our section of food looked good, as well as that around ours. It’s a relationship building technique – the store appreciates it, the customer appreciates it, and the other vendors appreciate it. It may not be your job to help another company, but if you do – if you take a post and give a shout out to another brand and help build their business – that immediately can make you stand out. If you give another startup a helping hand on social media by including them, you’ll stand out. The easiest way to not be stagnant is to lend a helping hand.

This is a great excuse for not doing something that hasn’t been tried before. In social media, it’s important to copy the success of others, but just as important to try something that hasn’t been done; if you become a leader in doing something new that catches on, you’ll effectively the danger of stagnation to rest for a long time. Risks are worth taking in social media, because when everyone’s doing the same thing, trying something new can make you stand out in a dramatic and positive way.

When it comes down to it, the underlying theme is risk – if you are not willing to step out of your comfort zone, to try something different, to branch out from your current expectations, to not do anything but stay the same – you will stay the same. The same will become the mundane, and you will find yourself having less and less influence, being less effective in your campaigns, and generating less of a following.

If you want to become effective and build a real brand following, to build a community around your brand, make some bold decisions and take those risks – don’t avoid the hard choices! Invest some time into researching what is working for others, put out of mind what hasn’t worked in the past, and don’t sell yourself short by assuming what won’t work or hasn’t been done before.

Try something bold and new – don’t become just another brand. Be the brand. Lead the way. Set the expectation. Don’t become stagnant.

We use cookies to ensure that we give you the best experience on our website. If you continue to use this site we will assume that you are happy with it.AcceptPrivacy Policy